Campers learn a holistic approach to developing a healthy lifestyle.

The seventh annual Glendale Raptors Rugby Academy Girls High School Rugby Camp takes place this week, from July 17-20. The camp continues to draw young players from across the country; this year people will travel from California, Iowa, New Mexico, Oklahoma, and Idaho to Infinity Park. “This camp gives these girls the opportunity to play more rugby with different levels of players and to get coaching from really strong women and coaches,” said Jenna Anderson, youth rugby programs manager at Infinity Park. 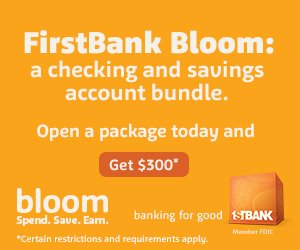 Great coaching is the cornerstone for all youth programming at Infinity Park. Luckily, they have a deep talent pool from which to draw. Raptors coaches, Raptors players, and players from the USA national team are on hand to share what they know to players who they just might call teammates in a few years. In fact, up to 15 different coaches will be working with the three dozen or so girls attending the camp. Anderson said that the number of campers and coaches this year is ideal for a camp like this: Plenty of players to scrimmage, but not so many that coaches are unable to get to know each player as an individual.

In addition to spending time working on specific rugby skills on Infinity Park’s main field, campers learn a holistic approach to developing a healthy lifestyle, including time spent learning about nutrition and exercise. Anderson said that each year, they introduce girls to a new kind of workout. One year this meant working with kettlebells. Another year campers headed out to Red Rocks to battle the stairs. This year, a yoga class is being taught for the first time. That’s in line with this year’s focus on the mental aspect of rugby. “It’s important to understand that rugby isn’t just a physical sport; you need to take care of your body and your mind,” Anderson said.

About two thirds of the girls will be overnight campers, spending the night at Hampton Inn & Suites Cherry Creek, for what Anderson called “a real camp experience.” Once rugby drills are done for the day, they’ll play team bonding games and do other activities together. An annual favorite is watching a movie under the stars at Monday Movie Madness.

During the week, campers will experience Infinity Park as if it were their home turf. For many, it will be their first time playing in a stadium that big. That, plus the chance to work with some of the nation’s best coaches and players, isn’t something you’ll find at most summer sports camp. “We have all these cool things in Glendale,” Anderson said. “We want to share them.”